Youth Mentor – One of my favorite jobs is Mentoring Our Youth 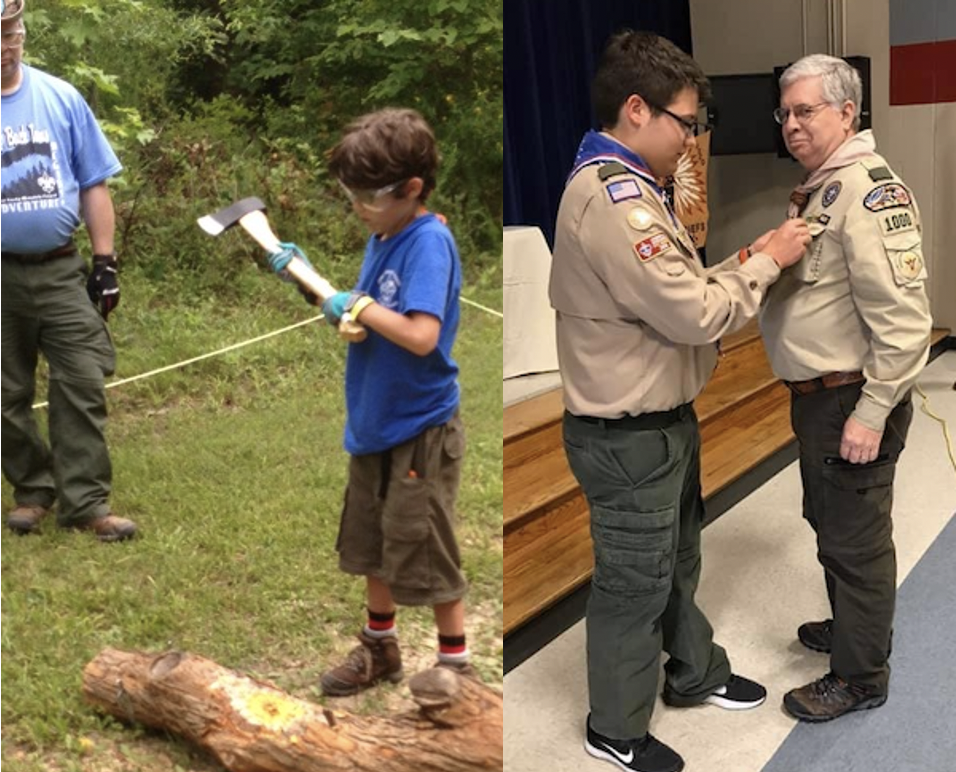 One of my most gratifying volunteer “jobs” in Plano has been serving as an adult leader with Troop 1000 of the Boy Scouts of America in Plano. Even after my two sons earned their Eagle Scout awards, I continued to volunteer and serve for more than 10 years, because I love to help young people achieve their full potential. I love watching a young, awkward, unsure young person develop confidence and competence that will serve him the rest of his life.

Here’s a letter from the mother of a boy – now a young man – who I mentored in Plano Troop 1000. It gives you a glimpse of my passion to serve and how I tend to go “all in.”

“My son Zachary selected BSA Troop 1000 because he always wanted to be a rocket scientist, and the troop takes trips to NASA in Houston.  Steve Lavine was his Patrol Advisor and the adult leader who guided the first-year Scouts through the trail to First Class.

Before Zachary turned 11, he became the Patrol Leader. Picture Mom like a deer in headlights. I recognized it was a big undertaking for a little guy. Being one of the younger Scouts in the patrol, I knew it would be challenging to get older Scouts to listen to him.

With Steve advising him, I could rest a little easier. Steve taught him to use a white board, and to form an agenda to stay on track and accomplish goals. It wasn’t the easiest six months, but Zachary’s Patrol earned One Grand Patrol and the Spirit award during his tenure. While he survived being a Patrol Leader, he still had a lot of work to do on the leadership side. He had no trouble mastering all the skills. Once he learns something new, it sticks with him.

Over his Scouting career, Zachary was a Den Leader, a Patrol Leader (multiple times), Assistant Senior Patrol Leader, and Troop Scribe. Thanks to Steve’s mentoring, Zachary went on to complete the Plano Youth Leadership program (which Steve currently helps lead) and the Congressional Youth Advisory Council with his U.S. Representative.

When Scouts become Eagle Scouts, they bestow one or two mentor pins on adult leaders during the Court of Honor ceremony. When it came time for his Court of Honor, Zachary wanted to give just one single mentor pin. And that went to Steve Lavine!”

This will be the first local election that Zachary – and several other Scouts I mentored – will be able to vote.  I’d love to have the opportunity to serve the citizens of Plano with the same passion and hard work that I’ve brought to the Scouts, among other endeavors. You can learn more about my community work on my Meet Steve page. If you have any questions, please reach out to me directly via my Contact page or on Facebook. I look forward to hearing from you, and please vote for Steve Lavine for Place 2 City Council on May 1!